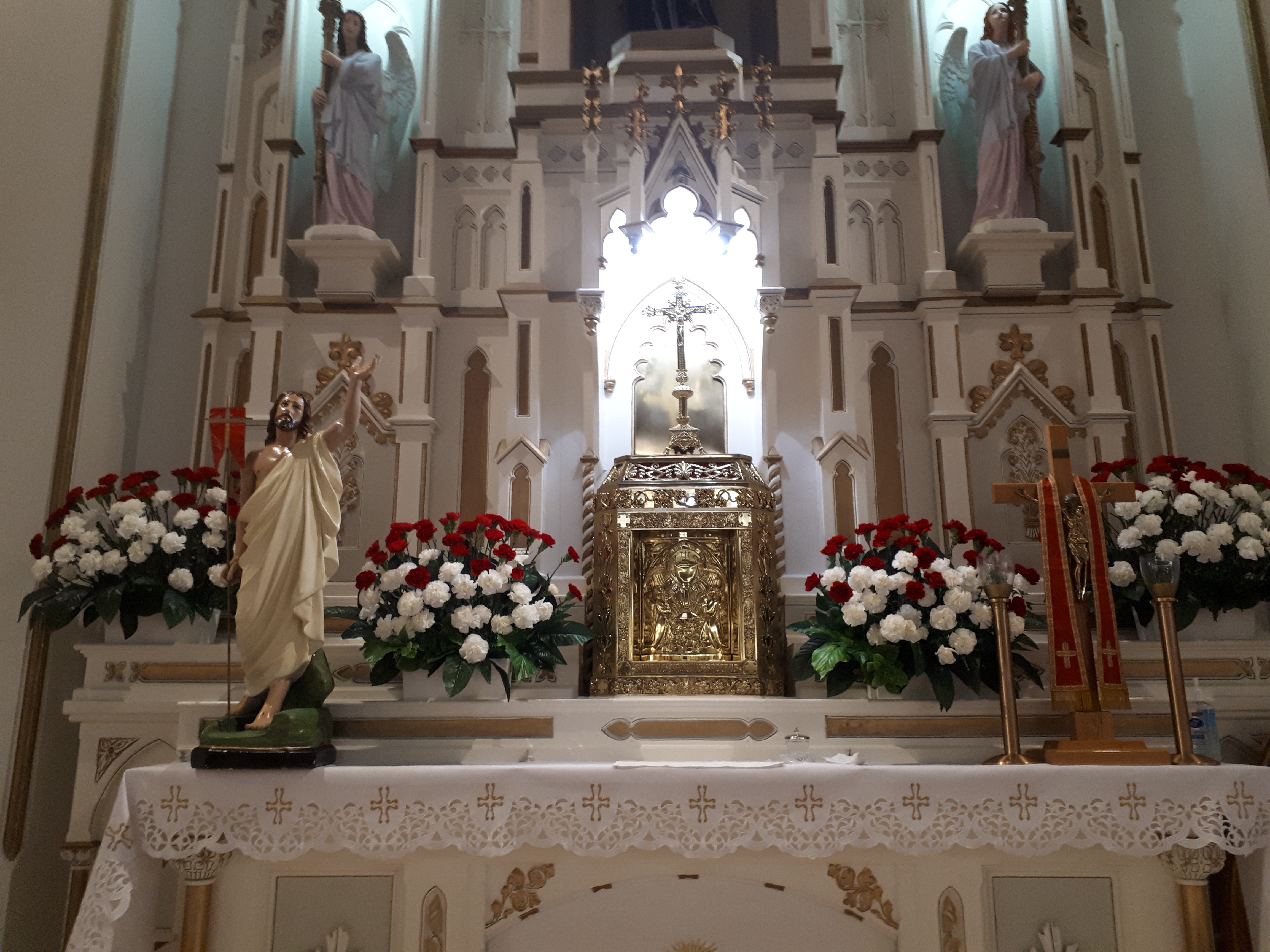 Fr. Michael McGourty is the pastor of St. Peter’s Parish in Toronto.

In the days following Jesus’ resurrection, the disciples of Jesus locked themselves away in self-isolation for fear that the Romans and Jews might arrest them for being followers of Jesus. This self-isolation was very similar to that which many people today have had to experience. Throughout the entire time of the disciples’ isolation, Jesus appeared to them and strengthened them with assurances of His resurrection, peace and the gift of the Holy Spirit by which He would always be present in their lives.

Today, as we celebrate the Solemnity of the Ascension, we see that a huge change takes place in the life of the Apostles and disciples. We are given a hint as to what the nature of this change might be in the first line of this Sunday’s reading from the Acts of the Apostles, as we read: “In the first book, Theophilus, I wrote about all that Jesus did and taught from the beginning until the day He was taken up to Heaven” (Acts 1:1). Up until this time, the story of the Church was basically the story of the disciples as they lived and physically walked with Jesus. While He was with them, Jesus led the way and was in charge. The disciples lived with Jesus and did not need to take responsibility for the community of the believers or the direction that community might go. Jesus’ ascension into Heaven marks a new beginning for the life of believers. They will receive the gift of the Holy Spirit and the disciples of the Lord will be called upon to take responsibility for the Church as they are directed in the world by the Holy Spirit as to how to serve the Lord in different situations. This new responsibility of discipleship is also sometimes called stewardship.

The Ascension of Jesus must have been a time of great fear and transition for his disciples. They had been used to having Christ with them to comfort them and show them the way. Now, they must learn to listen to hear Christ speak to them in a different way through the power of the Holy Spirit speaking to them in their hearts, and through the community of the Church. What is so fascinating about the Acts of the Apostles, is that it is a powerful testimony to the way in which the first believers were transformed in the Church. By receiving the Holy Spirit, these individuals are formed into the living Body of Christ in the world, and each disciple takes on the identity of a living member within this Body. All are immediately made, as a result of this gift of the Holy Spirit, co-workers with Christ, sent to do Christ’s work wherever each one goes in the course of her/his journey. As a result of the gift of the Holy Spirit that Christ’s disciples received after His ascension into Heaven, the disciples have the courage to claim their identity as living members of Christ’s Church and embrace the changes in their lives that will allow them to carry the Gospel message around the world.

We see in this Sunday’s Gospel from Mark how it is that Jesus intends His disciples to continue His work around the world and in different situations and times. In the Gospel of Mark, before He ascends into Heaven, Jesus gives the great commission to His disciples to go into the whole world “and proclaim the Gospel to every creature. Whoever believes and is baptized will be saved; whoever does not believe will be condemned.” The great commission to baptize is a call to make new disciples so that Christ’s work might be done in every age and land. The hope that we, the baptized, are called to have as we face the different challenges of our time is found in Christ’s promise that He will continue to be at work through His disciples and this will be evident as their efforts are “confirmed in word and through accompanying signs.”

The challenge that faced the early Church was huge. As a new community of believers in Jesus, the disciples had to go out into the world, for the first time without Him at their side, and take His message to strangers who had never heard the name of Jesus. These disciples were bold enough to travel around the world telling strangers of the love of a God who had conquered sin and death and wished to share eternal life with them. Often, because of their effort, they suffered and were violently rejected by the people to whom they had brought this Good News. Yet they never lost hope, because they knew the Lord had indeed risen and destroyed death and was with them through the power of the Holy Spirit. In the days which followed Christ’s ascension, the disciples re-invented themselves, and by the power of the Holy Spirit, became the Church that the times required them to be as the Spirit worked within each one of them.

Our own parish communities have had to face a period of great transition and change throughout this pandemic. During this Easter Season, our parish churches, which had capacity limits for many months, or were dealing with health restrictions, began to return to normal for the first time since the pandemic began. In the coming weeks and months, as people get used to things being open, we will hopefully see some return to normal. So too, our parish offices and programs will once again return to the vital and active places that they once were. While this transition has been progressing slowly, there are still many people who have yet to return to their normal practice of the faith. I still encounter many people who ask me, as they pass by the church on another personal errand, if the church is open again and if we have returned to the public celebration of Mass. This question in itself means that many have become comfortable with their life in isolation and have done little to look outside of themselves to be re-engaged by life in the world. For a while, things are going to continue to be quite different.

Sadly, as a result of the pandemic, many have come to expect that they no longer have to be involved in anything outside of their own homes or their own concerns. They believe there is a whole community of first-responders and service people orientated to enabling them to do everything at home. The personal sense of responsibility, and concern for others, which used to be entailed in community life, has suffered greatly during this pandemic. For many, a conversion is needed that calls them back to life and the reality of a world that invites them to become re-engaged, active and involved. The challenge for many people in the future will be so stop asking: “How will I be looked after by others?” It is time to once again ask: “How can I once again be involved in the world and care for others?” It is time for all of the baptized to once again hear the call to “stewardship” and return to lives of active discipleship in the world.

The Ascension of the Lord marked a new beginning for the early Church. Those disciples who had been locked in the upper room in fear of the authorities were confronted with a new reality. They were not expected to face the future alone. The Holy Spirit would give them the confidence and wisdom to discern the way forward. Through our baptisms, you and I are disciples of the same Lord and received the same gift of the Holy Spirit. As we prepare for this time of social isolation to end, and prepare to be re-engaged by the world, let us ask the Holy Spirit to show each of us the path to stewardship that He invites us to embrace, so that we might continue the work of the Risen Christ in these new and challenging times.

In the days to come, may every baptized disciple of the Lord be prepared to embrace her/his role of stewardship as we work together to continue the mission given by Christ to be stewards in our parish community.